If the second week of January isn’t too late for making New Year’s resolutions, how about making one to get involved (or perhaps get more involved!) as a volunteer at your nearest community garden during 2015? You don’t need to give anything up, it’ll cost you much less than joining a gym, and as well as getting out and getting exercise, you’ll –

The community gardens map on ELGT’s website now lists over 50 individual projects in Edinburgh and the Lothians. Although not all of these are open to new volunteers, you’ll find information about plenty of places where you can go and volunteer, and details for who to get in touch with. Send us stories about your volunteering experiences, and we’ll help spread the word.

Like dogs, Brussels sprouts are not just for Christmas. Or they shouldn’t be. Yet you could easily be forgiven for thinking that this splendid and under-rated vegetable was cultivated solely for one specific meal, doomed to fill in a gap on the plate between turkey and trimmings. But it doesn’t have to be that way.

Few vegetables divide opinion like the Brussels sprout, particularly when it comes to eating them. It seems we either love them or loathe them; indifference is not an option. You may like to blame your dislike of them (if you have one) on your genes, but our lack of imagination in preparing most vegetables might also be a factor. If your culinary experience has been limited to either over- or under-boiled sprouts, how about trying the orange and honey caramelised variety? Or you could always consider roasting them with grapes and walnuts. If that doesn’t win you over, maybe nothing will!

Like most of its Brassicaceae cousins, this is a vegetable very well suited to our cool climate – their tall green stalks, studded with miniature cabbages, are a common sight in the fields of many East Lothian farms at this time of year. They need fertile soil with plenty of nitrates, and a sunny location, preferably away from too much wind exposure – though they can be earthed-up in their early stages of growth to give them extra support. Give them plenty of space (18-24 inches or 45-60 cm) between plants. This might seem like a lot, but on a garden scale, you can grow a range of different varieties to provide an uninterrupted harvest from early autumn right through until February – they’re reputed to be sweeter after the first frosts have got to them. Don’t forget to eat the top leaves too, which are as good as any conventional cabbage.

And they have to be one of the most handsome vegetables you can grow. Just don’t forget to keep the pigeons and caterpillars off them.

If you have young people aged between 12 and 25 coming to your community garden – or if you fall into this age group yourself – here are two ways to recognise volunteering achievements. The Saltire Award offers several different certificates according to the number of hours a young person has spent volunteering. The first certificate – ‘The Saltire Challenge’ – can be awarded after a one-off team event, designed to give a young person experience of a particular activity. Further certificates are awarded as more hours are completed – up to 500 hours for the highest award.

Projects need to be registered with the award scheme in order for young people to be able to log their volunteering hours. The award is managed locally through volunteer centres in Edinburgh, West Lothian and Midlothian, and through Strive in East Lothian.

At the same time as working towards a Saltire Award, young people can join the Young Scot Rewards scheme. By taking part in volunteer activities registered with the scheme, points are earned which can later be spent on a whole range of other exciting stuff.

If you’d like to register volunteering activities at your community garden, contact Laura Copley at Young Scot on 0131 313 2488.

To see how young people can benefit from getting involved in community gardening, here are two great videos from projects in our area:

Parsnips need patience. Or rather, gardeners growing parsnips need patience. Parsnips take a long time to make their journey from seed to harvest, and there’s just no getting away from it. If you’ve been growing this wonderful root vegetable at your community garden – for the first time ever, perhaps? – you probably sowed the seeds back in March, or maybe April, and waited for what felt like forever for them to germinate. But hopefully they did. And if you kept them free of weeds, and thinned them out to a suitable distance, and you managed to not completely forget about them, it’s probably time to have a look at what you’ve got lurking under the ground.

It feels like the first frost of the winter months may not be far away, and one of the vegetable gardener’s old adages is that parsnips taste better after a period of hard frost. This is (apparently) because in colder weather, the plants convert more of their starch into sugar, making them sweeter. Parsnips will sit happily in the soil through the coldest months of the winter – provided you don’t have a resident rodent population which might get to them before you, the only harvesting issue should be getting them out of frozen ground. They can be harvested earlier, once their leaves have begun to shrivel, and stored in boxes of sand in a shed, garage or cellar, where they should keep throughout the winter.

These fabulous roots lend themselves to many different recipes. Like most root veg, they’re great roasted, but you can also create plenty of unusual dishes with them. Check out this Parsnip Paté recipe from the Fife Diet. Parsnip and walnut fritters sound great too. And whilst this may not sound even remotely healthy…

Didn’t grow parsnips this year? Well don’t miss out next year. You can learn how to grow them in ELGT’s ‘Grow Your Own Guide’ – scroll down to page 13. They’ll sit alongside carrots and celery in your crop rotation. Be warned that parsnip seed has one of the shortest shelf lives of all vegetable seeds – its viability reduces considerably after a couple of years.

It’s still not too late to plant certain crops in your vegetable plots for next year’s harvest, especially with the autumn weather having been so mild. Late October and early November is the time to plant garlic, as well as over-wintering varieties of onions, peas and broad beans.

All of these crops will start to shoot and produce a few inches of green growth before winter hits, and everything slows down to an almost complete standstill. But even after a really hard winter – even after a covering of snow – they will shoot away again in the spring. And in the case of peas, broad beans and onions, they’ll give an earlier harvest than spring-sown crops.

To grow a bulb of garlic, you simply need to plant an individual clove, pointed end upwards, just below the surface of the soil. If you’re dividing up an existing bulb into cloves, be careful to avoid exposing the flesh beneath the papery skin – this reduces the risk of the cloves rotting in the ground. Garlic likes fertile, well-drained soil, and each new plant needs about 6 inches (15 cm) between it and its nearest neighbours. And you will need patience, because garlic planted now will not be ready for harvest until July!

Onions are planted in a similar way, with similar spacing. At this time of year, they need to be grown from ‘sets’ – make sure you plant a variety suitable for over-wintering, such as ‘Radar’. Onions planted now should keep on growing until June, but once harvested will only keep a few weeks, and will not store for months in the same way as spring-planted varieties. Legume varieties to sow now include ‘Meteor’ for peas and ‘Aquadulce’ for broad beans.

Although the colder weather shouldn’t harm your crops, you may well need to protect them from pests who are starting to get hungry. Mice and voles will happily eat all your pea and bean seeds, as well as the emerging seedlings – if you have rodent problems, it may be better to start your plants indoors in pots, and harden them off slowly before planting out. Birds can sometimes pull out shooting garlic cloves and onion sets, so netting or fleecing helps.

North Edinburgh Grows is hosting a willow dome-weaving workshop on Friday October 24th from 10-11.00 a.m. at North Edinburgh Arts on Pennywell Road in Muirhouse (Map) , while Leith Community Crops in Pots is holding a harvest celebration on Saturday October 25th from 12-3 p.m. at St James’ church next to Leith Links (Map).

So, no excuses for sitting watching the TV all weekend…!

Trellis currently have a vacancy for a Fundraising and Development Officer, and are looking to recruit a someone with an excellent track record in raising funds for national organisations, who can clearly convey the benefits of therapeutic and community gardening to potential supporters. The successful candidate will have strong fundraising skills and initiative, great ideas about inspiring people to donate to good causes, and the energy to develop a comprehensive, sustained approach.

This post is a fixed term for 12 months (extension dependent on funding) with a salary of £21,000 pro rata for a 21 hour week. For more  information, visit the Trellis website. The closing date for applications is October 29th.

The RSPB is encouraging all gardeners to create habitats for wildlife in their gardens this autumn. “Give nature a home” has loads of simple ideas to make all gardens – including community gardens – more attractive to a whole range of creatures. And it’s not just about birds. Insects, aquatic life and small mammals can thrive in relatively modest garden spaces, and there are positive spin-offs for gardeners too.

Bird-boxes, ponds, hedges and log piles all provide a home for someone. Your contribution could even be as simple as leaving an area of lawn unmown to allow grasses and other plants to flower, attracting bees and butterflies. The RSPB has a guide to wildlife gardening which is free to download from their website – or you can receive a free copy by post.

Stewart Richardson from Caledonian Adventures will be putting on a two day outdoor first aid training course on Monday 6th October and Tuesday 7th October at the Hermitage Vegetable Garden Project in the Braid Hills, part of Autism Initiative Scotland (see map for location). The course costs £120, and there are a maximum of 12 places available.

For more information, or to make a booking, contact Dee (Deirdre.butterly@aiscotland.org.uk) or Stewart (Stewart@caledonianadventures.com).

he Federation of City Farms and Community Gardens is providing a day of training activities at the Botanic Gardens in Edinburgh on Wednesday October 8th to highlight techniques for bringing food activity to community settings.

This event has been put together in partnership with The Conservation Volunteers and the RBGE, and will run from  9.30 a.m. to 4.00.p.m.

A series of workshops will explore ideas for integrating food into a variety of activities with a wide range of different groups. For more details about this opportunity and to reserve a place, please visit the Federation website. 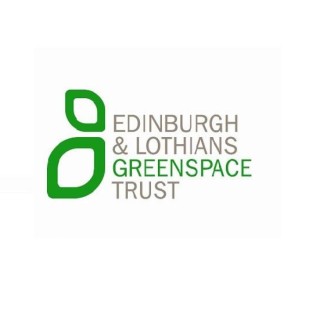